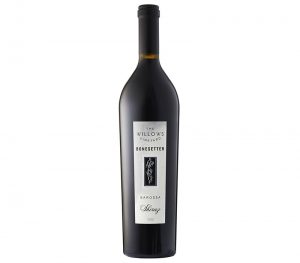 When Johann Gottfried ‘JG’ Scholz arrived in the Barossa in 1845, his healing skills gained as a bonesetter in the Prussian Army made him a legend among the Silesian settlers.

This flagship from the Willows vineyard is a tribute to ‘JG’, his sons and grandsons who ran the Willows Hospital for more than 100 years. In the late 1960`s a small Shiraz vineyard was planted and became known by the family as the Bonesetter’s block. We select premium parcels of Shiraz fruit from this mature vineyard and ferment in open fermenters, then basket press before ageing the wine in new French oak hogsheads for two years. The 2015 shows typical Barossa voluptuous richness and structure, intense and powerful ripe fruit along with supporting fine tannins and stylish savoury oak. It is a multi-layered powerhouse that will reward those who cellar it carefully. Drink through to 2030