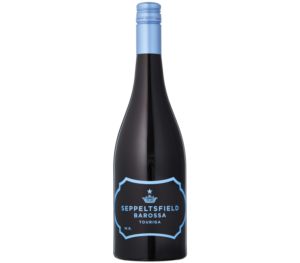 A modern expression of traditional Portuguese varieties, ‘No. EC3’ – the first release under this code – was grown in the Barossa, but takes inspiration from the Duoro Valley. Each variety has been grown by a generational grape growing family, their fruit contributing for many years to Seppeltsfield’s fortified wine releases. The vineyard is located in the Northern reaches of the Barossa, near Stockwell. Red varietal blends carrying an ‘EC’ (East Cellar) number were first released by Seppeltsfield’s founding family in the 1960s, their compositions of region and variety
varying on each release.